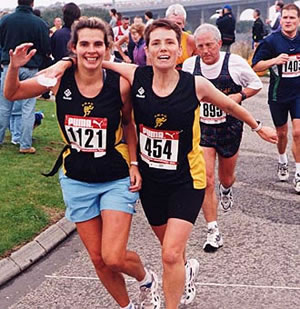 Annan and District Athletic Club was formed in February 1976, originally as Annan Harriers, a hill and road running club. In 1977 a track and field section was created.

The club is open to anyone, but focuses in particular on athletes living within the Annandale and Eskdale Districts of Dumfries and Galloway.

The aim of the club is to foster, encourage, develop and coach athletes from the age of nine years and upwards in Track and Field events and Cross Country running. Seniors have the additional options of Road Running and Hill/Fell Running.