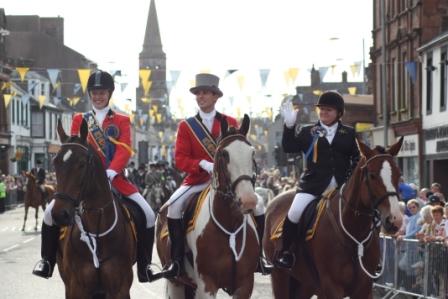 Annan Riding of The Marches

The Marches or boundaries of Annan have been ridden since the town was created a Royal Burgh more than 600 years ago.

Each year in early July more than one hundred horsemen and horsewomen Ride the Marches to ensure that the landmarks, cairns and other features have not been removed or tampered with.

Other festivities include a grand parade though the town with decorated floats and bands. In the afternoon a major pipe band competition, sports and entertainment are held on the sports field.