Annan Online
« back to Groups 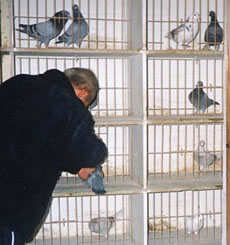 There has been an active pigeon interest in Annan since the early 1900's.

Several pigeon clubs have existed in the community over the years, the most prominent being Annan and District Homing Club, which was founded in 1912.

This club has more than thirty lofts and continues to be one of the most eminent pigeon clubs in the country.

Annan Art Club are a group of people who paint/sketch as a hobby.

A ladies singing group based in Annan but with members from throughout the local area.

Organising regular walks in the area and beyond - come and join us!

The only bridge club in the Annan area which is affiliated to the Scottish Bridge Union.

The Society is based at the Family History Research Centre in Dumfries.

There has been an active pigeon interest in Annan since the early 1900's.

One of the oldest active Ladies' Burns Clubs in the world, founded in 1928.

We are one of the masonic lodges in the town of Annan.

The Annan branch of a National men's club for retired people with varied interests.

The Group was established to foster a shared interest in varied aspects of needlework.

Get involved in raising funds for local charities / projects and good causes.

Open to both men and women, the Solway Burns Club was founded in 1921.

A group of like minded people who enjoy organising events for the town.