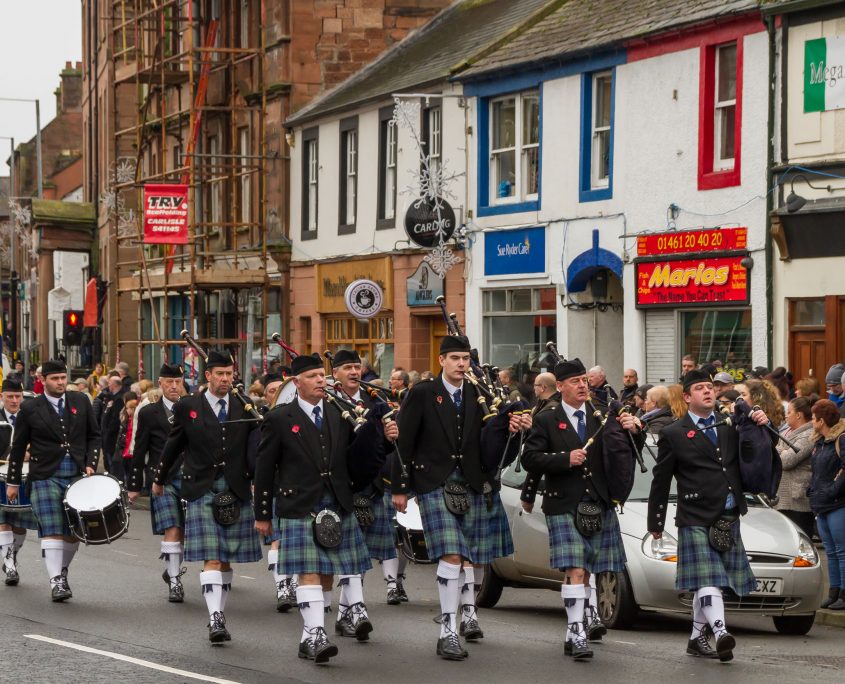 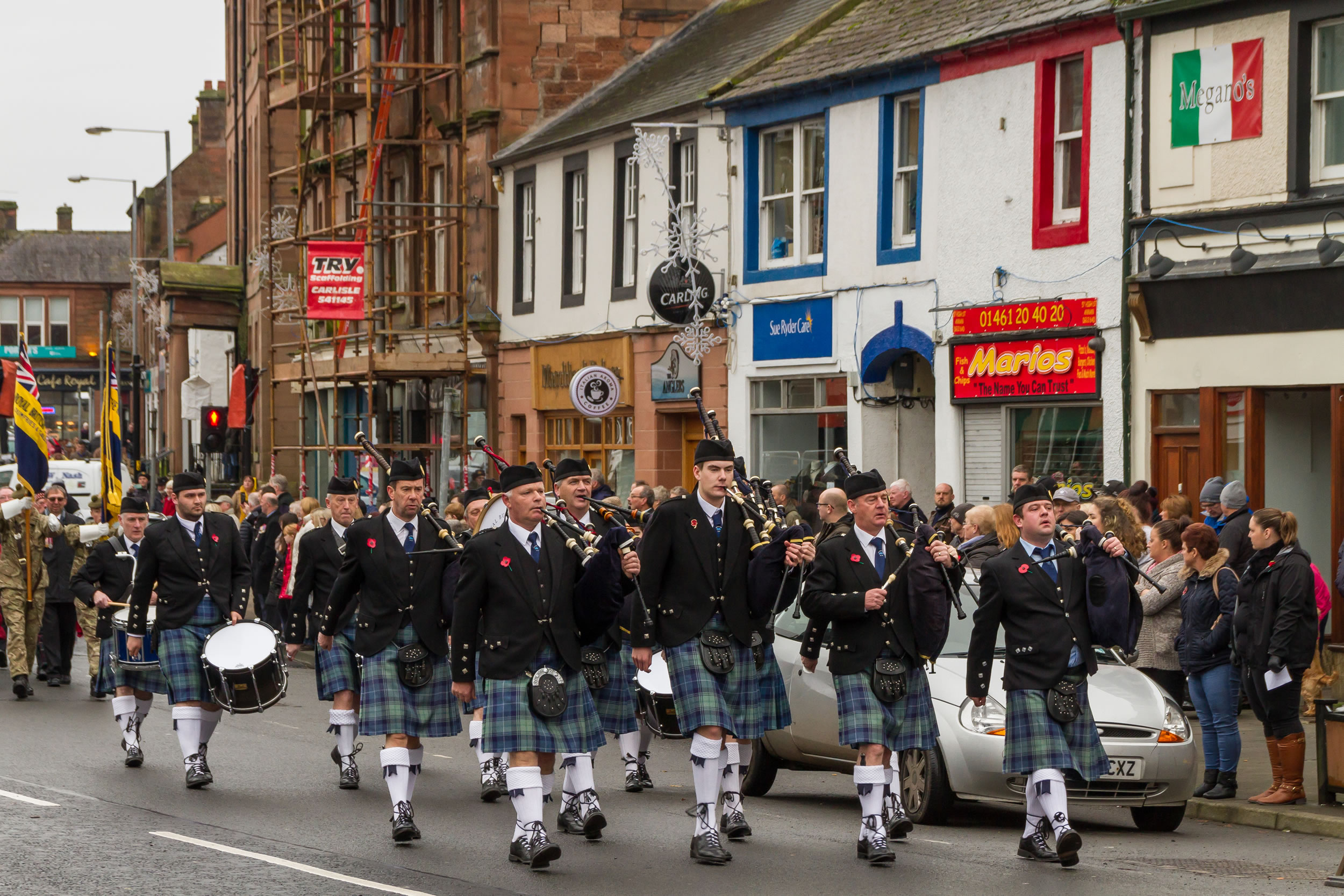 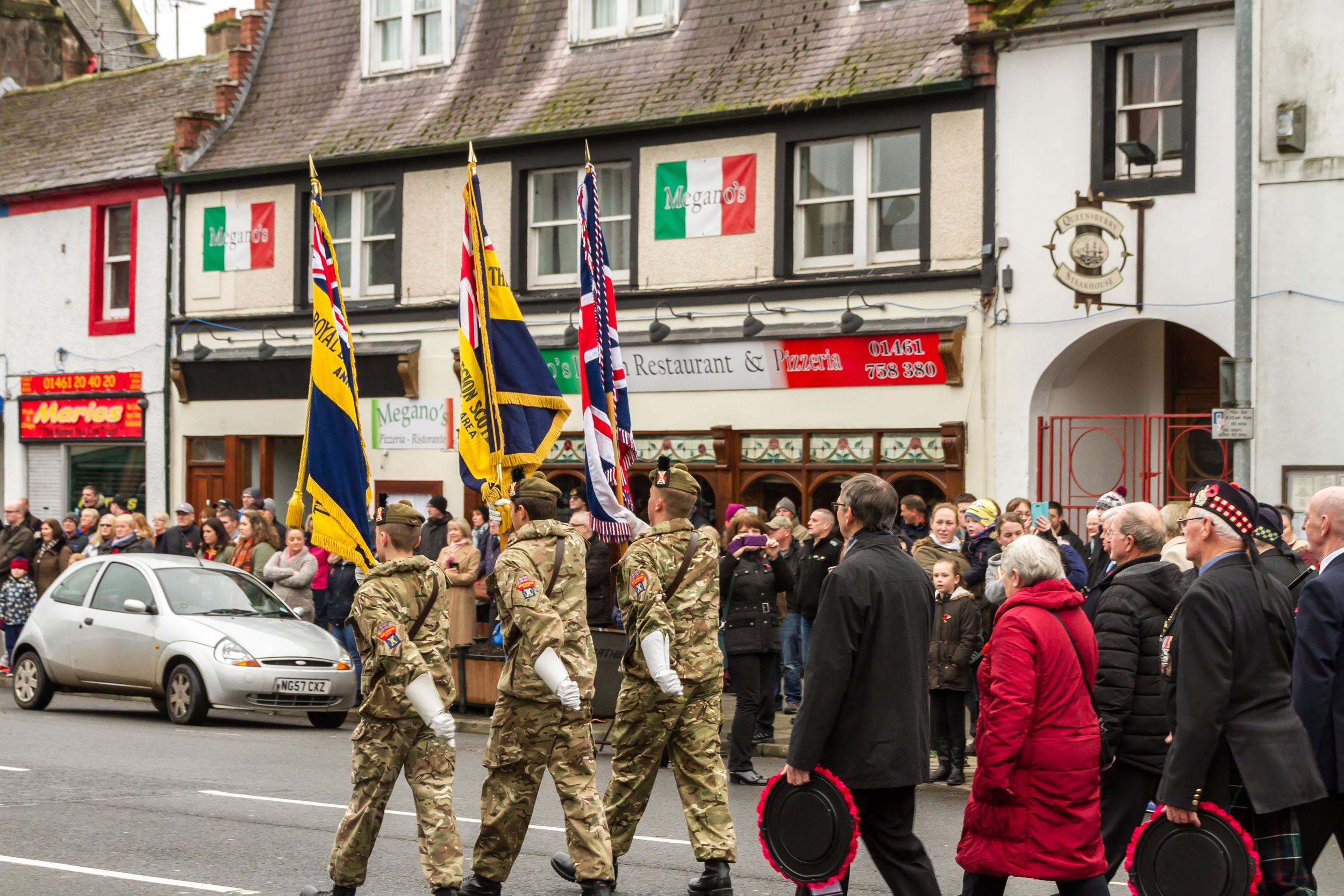 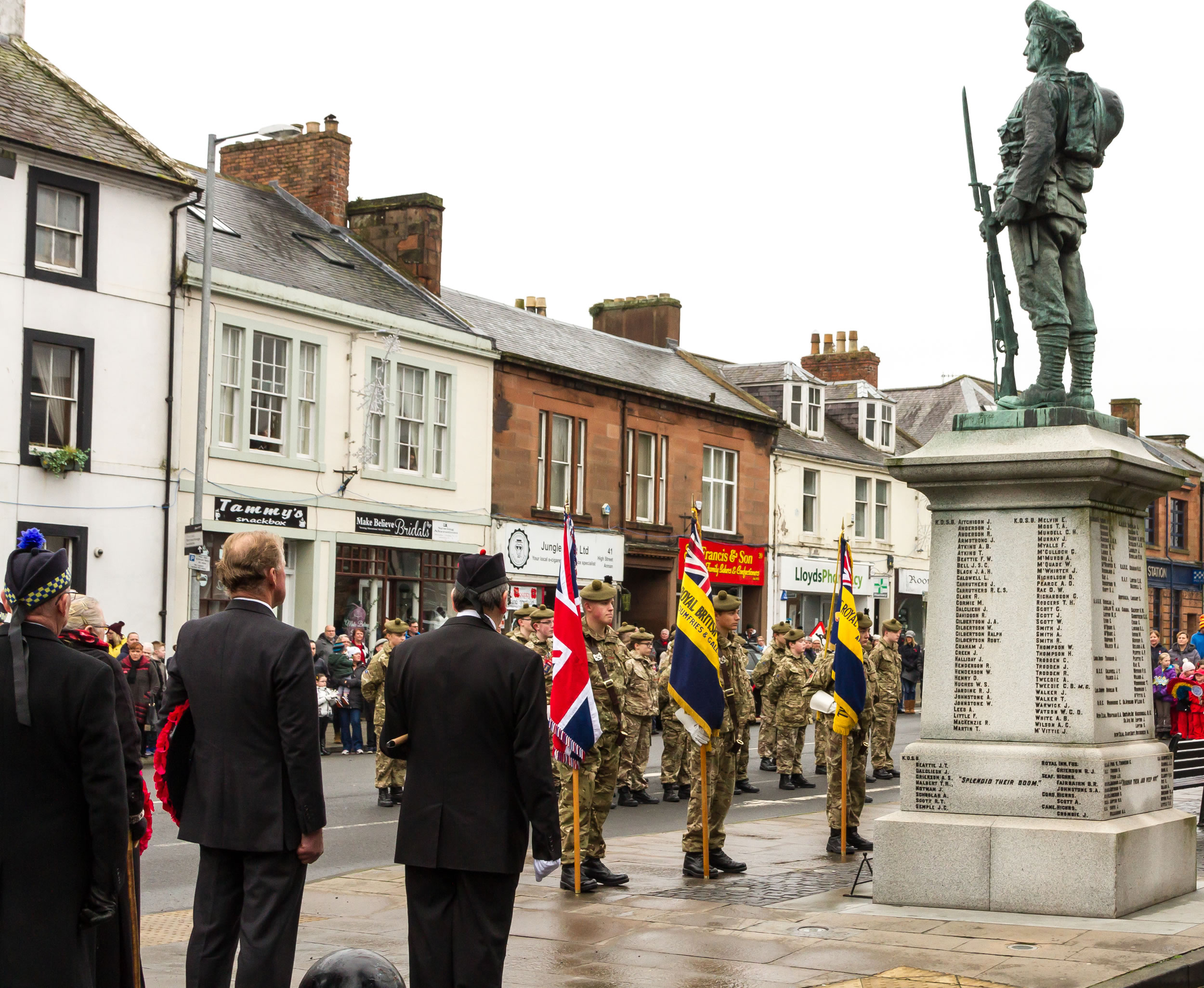 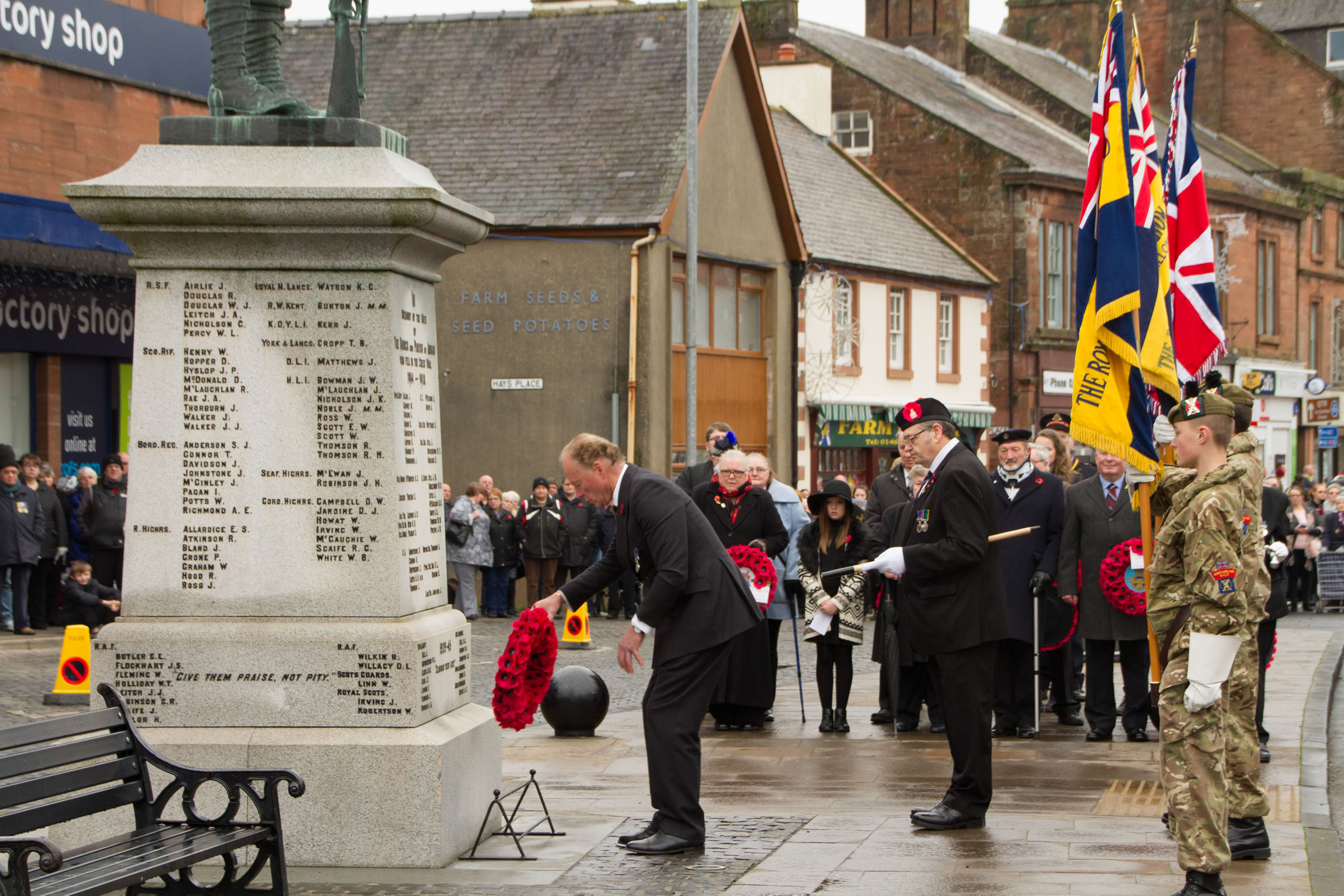 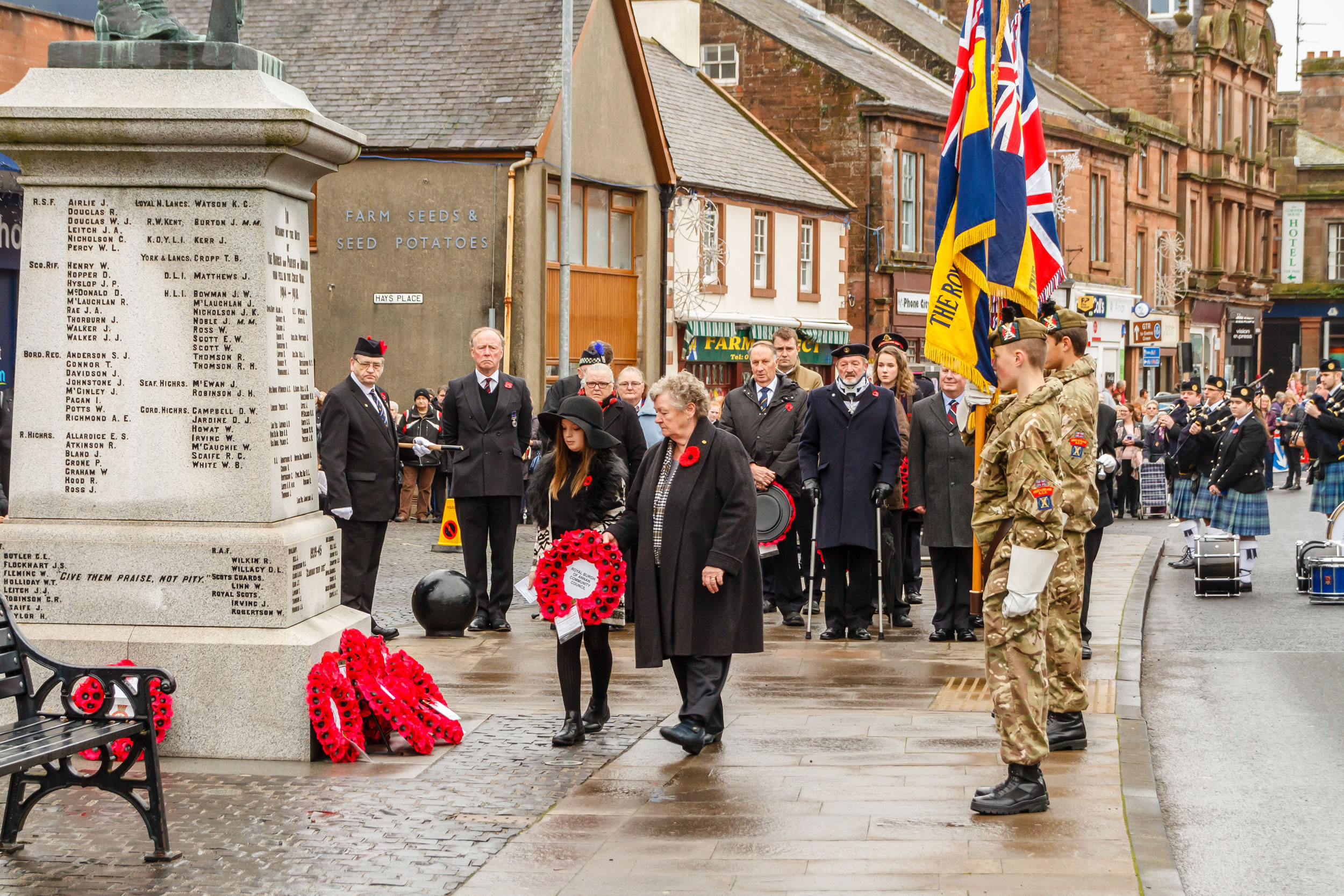 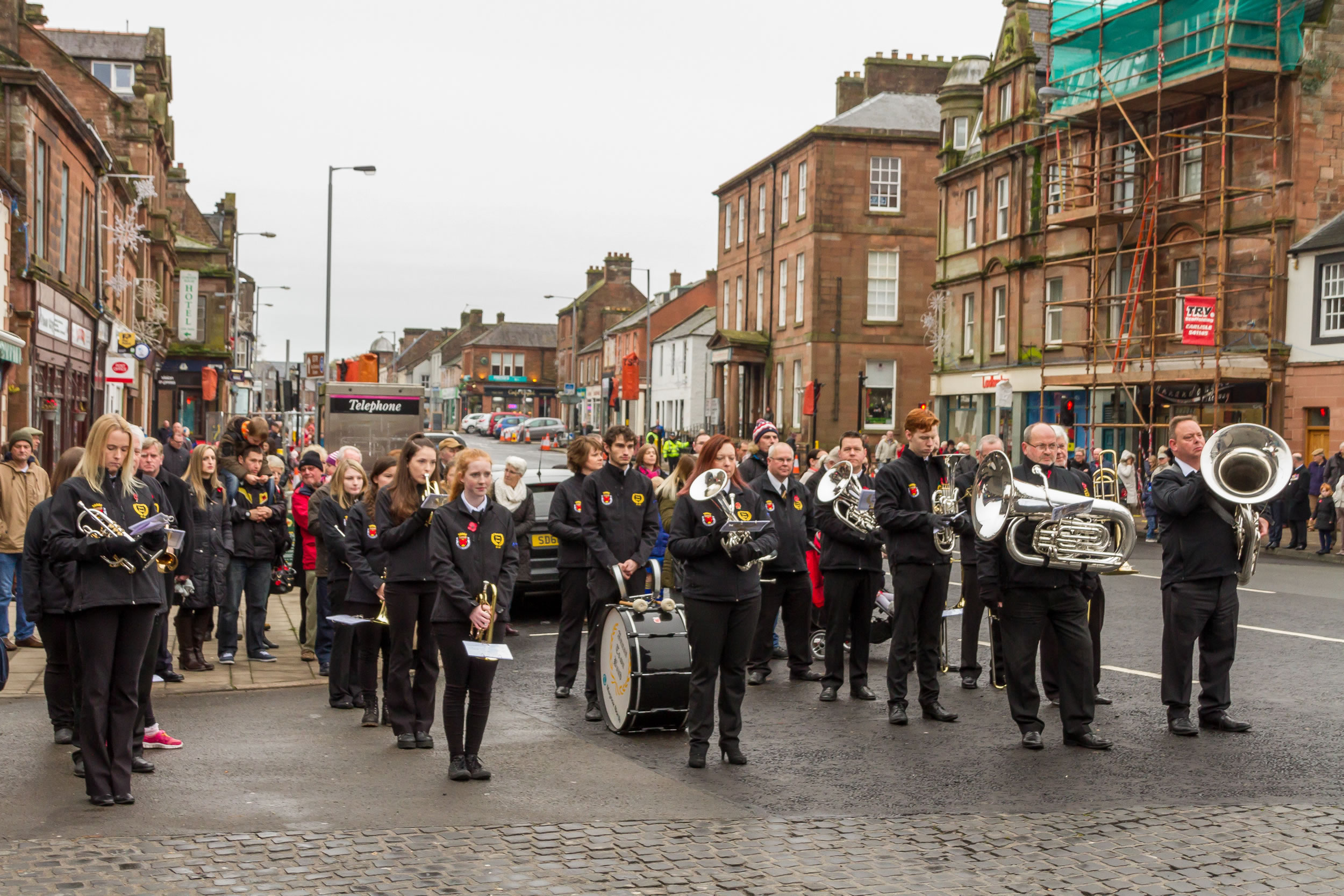 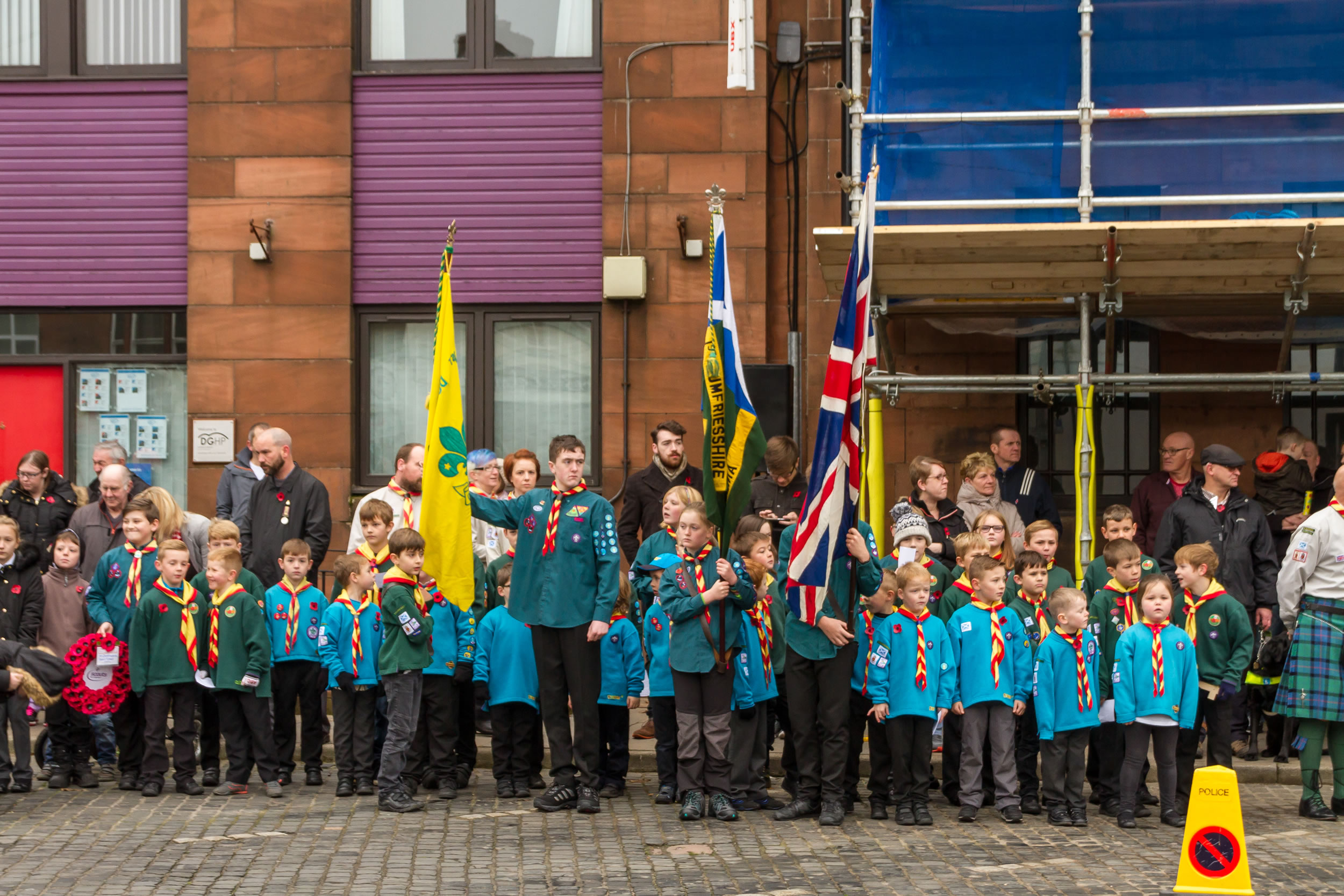 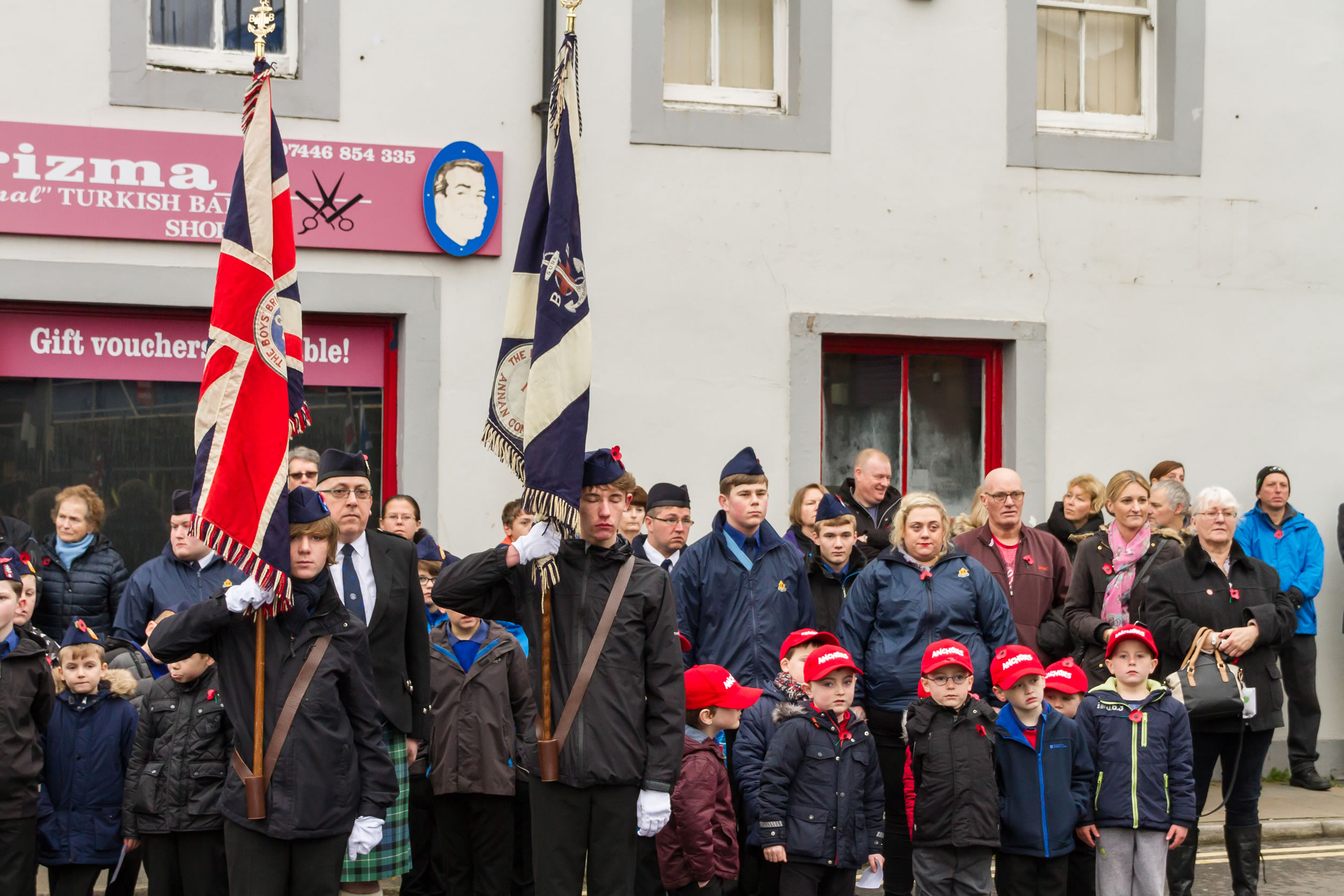 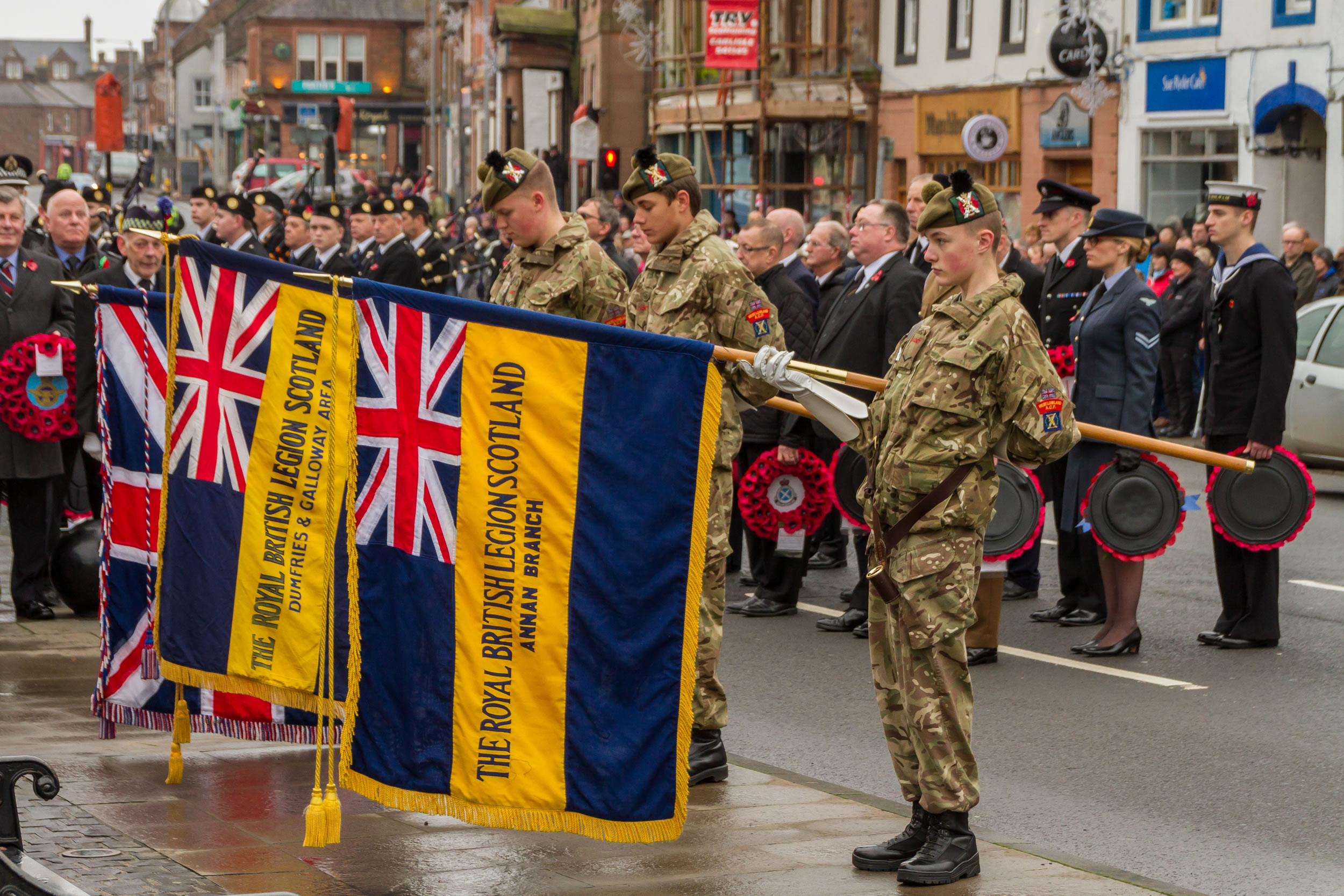 There was a great turnout of people to support the 2016 Remembrance Day parade and service in Annan on Sunday 13th November.

A parade of Cadets, Ex-Service and Service Personnel were led down the High Street from the Ex-Service Club by The Royal Burgh of Annan Pipe Band.

Click on a thumbnail image above to view a larger image.

The Remembrance Day event is the responsibility of the Royal  Burgh of Annan Community Council.